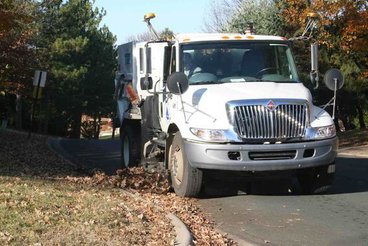 Urban runoff pollution has traditionally been captured using an “end-of-pipe” approach—by catching runoff toward the end of its journey using practices such as stormwater ponds and infiltration basins. There is, however, a lot of untapped potential in “source reduction” methods, which aim to prevent pollutants from ever entering the stormwater system.

A series of three projects involving U of M researchers has studied the potential of using street sweeping to clean up “gross solids”—the sticks, leaves, pollen, dirt, pebbles, and other large materials that drop into storm drains. These materials can leach pollutants such as nitrogen and phosphorous into the stormwater system.

The first project was led by Research Professor Larry Baker from the Department of Bioproducts and Biosystems Engineering and Professor Sarah Hobbie from the Department of Ecology, Evolution, and Behavior. It was funded by the Minnesota Pollution Control Agency (MPCA) and the Environmental Protection Agency and conducted in collaboration with the City of Prior Lake. Continue reading the full article.